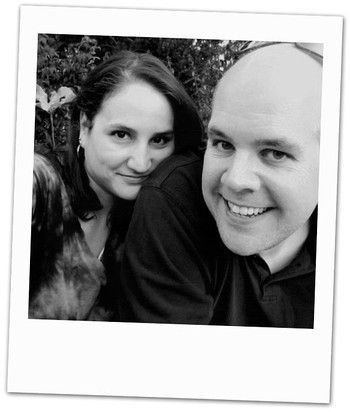 JASON has always been creative...art was one of his favorite subjects in school, he was (is) obsessed with making things with LEGO bricks, has had a camera in his hands since he was 7, and was hooked on computers from the first time he touched a keyboard. Fast forward 40 years or so and Jason works full-time as a photographer for a world-famous museum where he also fills in as a part-time graphic designer.

Jason has been combining his love of art, photography and computers for over 25 years...creating original art on a computer and very soon after, finding ways to import photographs into the computer to manipulate. He is an expert at Photoshop...whether it is retouching a portrait (he can give you a virtual "facelift" a plastic surgeon could only dream about), repairing a treasured photo that has become damaged, adding special effects, or creating believable photo-montages of anything you can (or can't) imagine. Of course Jason also does all that "other" photography, too...special events, portraits, editorial, even sports on occasion.

Fine art photography is where Jason can really just be Jason. Here is where he can truly be free of the constraints that come with the other "types" of photography. A lot of his fine art photos tend toward the abstract..."...probably because most of what I shoot on a day-to-day basis is (understandably) required to be so precise, clear, and obvious, I like to move beyond that and find the things that go unseen, are hidden within the obvious, or turn the simple into a mystery."

As for his graphic design work, Jason says this: "I never considered myself a graphic designer, it isn't what I went to school for. I took a few design courses (they were required, and I learned a lot in them), but really I was focused (no pun intended) on photography. I'm not really sure how I got roped in to doing graphic design at work (probably something to do w/ budget). Anyway, I guess those design classes paid off and I seem to have a pretty good eye for designing posters, brochures, giant fake checks, postcards, bookmarks and the like. I'm also pretty quick on the turnaround...I think that makes me popular, too."

PETRINA loves pretty things, and always has. She loves to read now, but as a child, it was all about the pictures. She was always fascinated by the illustrations in her book of fairy tales, and she could sit for hours just studying the illustrations, making up her own stories in her head. Petrina grew up in a creative family, and her father was always in the garage building something out of wood, or sitting at his chair crafting jewelry out of coins. Her mother was always doing something creative, be it sewing, cross-stitching, stained glass, calligraphy, and various other crafts. This creativity rubbed off on Petrina and her siblings.

Petrina’s childhood home was full of cameras and reel to reels, and movie projectors galore, and at the age of 14, bitten by the photography bug, Petrina received her own 35mm Canon Snappy (which she still has!). The following Christmas Petrina received a photography book, A Summer’s Day, by Joel Meyerowitz, and she would endlessly flip through the pages, mesmerized by the colors, light, and atmosphere these photos created. She has been photographing the world around her ever since. (She has boxes and boxes of photos and negatives that some day she plans to organize. She swears.)

For her first B&W photography class, 30+ years ago, Petrina "borrowed" her oldest brother's Canon AES (which she has yet to return), but after being introduced to drawing classes and design classes (which were required courses) Petrina switched gears and received her A.A.S. in Commercial Art. At that time everything was done by hand. You know, with pen and ink, and paint….on paper! There was only one computer graphics class, which left a great impression on her. Today, Petrina is back in school working on her A.A.S. in Photography/Visual Communications, combining her love of photography and graphic design.

Petrina uses her camera to show the beauty in not just a pretty flower or landscape, but the shapes and forms we come across in our every day lives. The pattern on the sole of a flip-flop. The shadows and light flowing through a window sheer. The green velvet moss growing on a roof top. She also loves to photograph people in their natural surroundings, having fun with their families, walking through the park, playing in the yard, or just washing the dishes together. There is nothing like a smile that is real and not posed, and that is Petrina's goal, to capture that in her subjects. She can make anyone feel comfortable in front of the camera, almost forgetting it's even there. At that moment she captures their image, and they see in themselves what the rest of the world sees and loves in them, their genuine self.

Combined, Petrina and Jason are a dynamic duo, who can cover just about all bases visually, be it fine art, illustrative, editorial and restorative and retouching photography, to graphic design and copy editing. What can they do for you today?